Hey Y'all! We have some news to share with you but It's been a while so first things first. How have you been? We sure hope you're doing alright these days. We'd like to thank for your support over the years and let you know what's been happening here at "Camp Fury".

When we set the goal to produce a pro recording and set the release date for our "Brand New Boots" album, we had no idea what we were in for. We know that being an independent artist has its perks. Like producing your record on your own terms, but you can't imagine how challenging it is to fly solo. Let's just say it's no picnic being an independent recording artist.

It took a lot to meet that date, but meet we did. Feb 19th, 2021 came, the album released with no issues and It was finally time to get some much-needed rest. We were feeling pretty good about it and hadn't heard the actual CD at all. So, we sat down to give it a good listen. Much to our surprise, we really didn't care for it. It just didn't hit the mark for us. So, we made the hard decision to take the album down from all streaming platforms, trash the physical CD inventory and start over by remixing the whole thing. This time around there would be no release deadline to deal with. It would take as long as necessary to get it right. So yeah... it took way longer than we wanted it too, but it's ready now and waiting for you to push play.

The new version, "Brand New Boots V2" is not set for release on streaming platforms as of this writing. However, its digital download version is available now for a whopping five bucks but only here. It's a limited-time offer made exclusively for you. It will be little more on other platforms. Home is where the heart is.

The physical CD's may not be made available for purchase at a later date. We haven't made that call yet. (The CD is on course to meet the cassette and the 8 track in the old audio format graveyard). We may do a special physical CD run at a later date if there becomes a demand for that, but at this time there are no plans to put CDs into inventory.

However, if you already purchased the first physical CD, we'd like to thank you for that order! You made it possible to get V2 done and we got you covered. A short run of CDs is being made now to replace yours and will ship to all previous physical CD customers sometime next month. We'll keep you posted on that via email.

We hope you enjoy "Brand New Boots V2" as much as we do!

Thanks again for all your support!

What Do You Think? 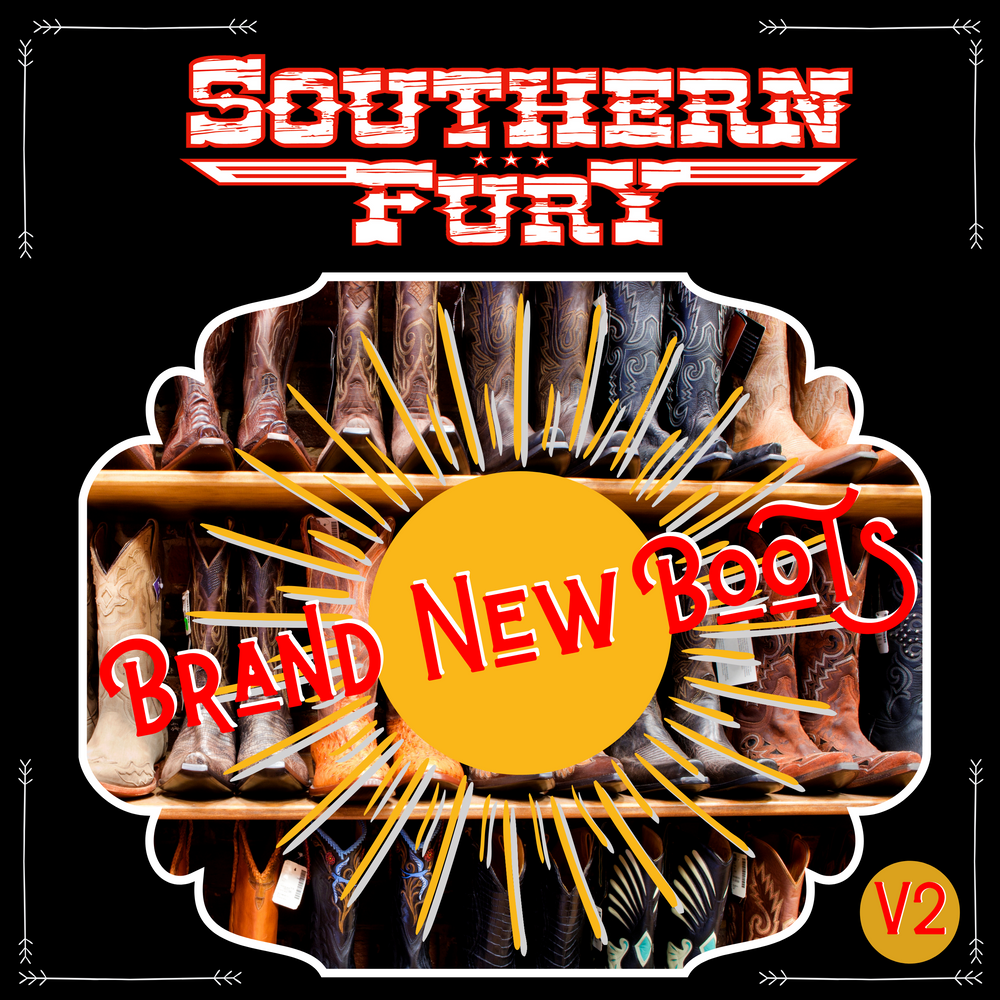 THANKS FOR YOUR SUPPORT!

Enter the amount you wish to donate